It’s no question the word “App” has become ubiquitous and for good reason. For users it’s allowed us to install entire applications within a click. Just 10 years ago, we had to run into a store like Best Buy, look for an oversized software box, and load the game or software over 4 CDs. For developers, it’s meant we can take our product and unleash into a massive pipeline where people are already on their phone constantly.

The problem is we’ve distracted ourselves from a problem the web has been working to solve: cross-platform compatibility. In fact, we’ve made it even worse.

Before Tiingo and trading, I used to work at the National Institutions of Health (NIH) 10 years ago where I co-founded an open-source computational chemistry tool. We called this project CHARMMing (Chemistry at HARvard Molecular Mechanics INterface and Graphics – yes I also had to take a breath to finish the acronym).

I was a junior software engineer at the time but I remember the discussion vividly. We knew we wanted to make a pretty interface to this complex chemistry package. We wanted this UI to be both educational and friendly, but we also wanted to disrupt a commercial vendor that was charging insane rates (and now you know where the ethos of Tiingo started).

The problem was that if students were part of our audience, how could we make this chemistry package accessible when it was only usable via scripts, command lines, and on UNIX based systems? If we wanted non-technical chemists to conduct research, asking them to run scripts and switch to RedHat would be unreasonable.

So how could we make our program accessible on Windows, Macs, and Linux-based systems? We call this concept cross-platform compatibility.

For those of you new to programming, this has always been an issue. You can see it today where some Apps are only available for Androids and/or iPhones. The reason a solution to cross-platform compatibility been so coveted in the programming world, is that if solved, it would result in hours of development time saved. It would be millions of dollars saved, and keep developers from pulling their hair out. It would mean developers would not have to make one app for iOS and another for Android. There would be just one app.

This is why you see certain applications more feature rich in one operating system (or phone) over another. It’s also why you see the wide-spread use of Java – a programming language meant to solve this problem.

The obvious solution to the cross-compatibility of our chemistry software at the time, which many people supported, was indeed Java. At the time though, Java was still riddled with performance issues that really made our process difficult. But the deciding factor was we didn’t enjoy coding in Java and we were just getting into Python. So we could’ve used Java, but something inside of us hesitated. We struggled with this until a chemistry researcher in our lab proposed something different:

“What if we made a web application? I think this will be the future of software development.”

Looking back that foresight was visionary.

Keep in mind this was 2005. We had witnessed the end of the tech bubble, the iPhone hadn’t been invented yet, YouTube has just been founded, and Will Smith was still writing songs. 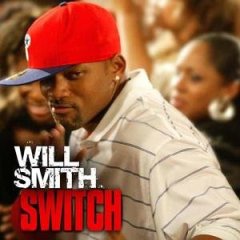 For newer web developers, Firefox, Chrome, Safari, and Edge all tend to render pages similarly now, but this wasn’t the case of 2005. For those of you unfamiliar, the web has always been almost the wild west of software libraries. You can see this with the modern day website.

When making a new website, you need to know at least 3 different languages. You have HTML to layout the page, CSS to further advance the layout and style the page, Javascript to write code in the browser, and [usually] a different programming language on the backend to deal with server logic.

Not only that, originally CSS and Javascript were not even standardized across browsers! So developers had to program special conditions for Internet Explorer, Chrome, Firefox, and Opera. While Chrome and Firefox were far better at following this standard, eventually Internet Explorer (now Edge) caught up.

Even with all of this complexity behind the web and forming standards, it didn’t deter leaders in the web community to come together and hammer out a standard that was actually followed. It took awhile, but finally now all browsers [mostly] comply.

The “App Revolution” is undoing the work the web community put in to make the internet both cross-platform and cross-browser compatible.

When Apple launched their App Store, they required a programming language known as Objective C, and then acquired a “friendlier” version known as Swift. Meanwhile, Google with the Android phone promoted Java – yep the same one mentioned above. At least Google was trying…

So while web standards were hammered out to create unified experiences, Apps started going in the exact opposite direction.

What does this mean for the developers behind your favorite websites?

Let’s say you are a developer and you make a website/webapp (like Tiingo) that is accessible from everywhere around the world, and because of the work of many experts across the web, you know your users are getting the same experience regardless of their browser or operating system when using their desktop or laptop.

But now your users are asking you to make apps for their phones and tablets. What do you do? After all they are very friendly and native ways to interact with users on the go.

Now let’s make this even worse 🙂

Some people don’t want to download your app (we’re all guilty of it), and want to google your site on their phones. Now you have to make a mobile version of your site so it looks decent on mobile phones, even if somebody isn’t using an app.

The modern day web company therefore has to do the following to be accessible on the majority of computers, phones, and tablets:

In order to make these apps, you have to code an entirely new front-end to communicate with iPhones, then do it again for Androids (there are some tools that help with this but they are not perfect). So now you need to know HTML, CSS, Javascript, a back-end programming language, Objective C/Swift, AND Android Java for a modern web app. This is why you see newer companies choosing either an app or a web app for their product.

But is there really a reason we have to re-create 3 mobile versions of our products? After all, shouldn’t the mobile version of the site work on all phones the same way? Given how much work was done to standardize browsers and webpage rendering?

This abandoning of cross-compatibility in the web has led to multiple programming teams just for mobile, which means higher costs, more overhead, and slower development. It has been a huge cost on companies and developers but luckily there are protagonists to this story.

In Part 2, we will be discussing the steps Microsoft, Google, and a few other smaller companies have been doing to unify the “App” experience.