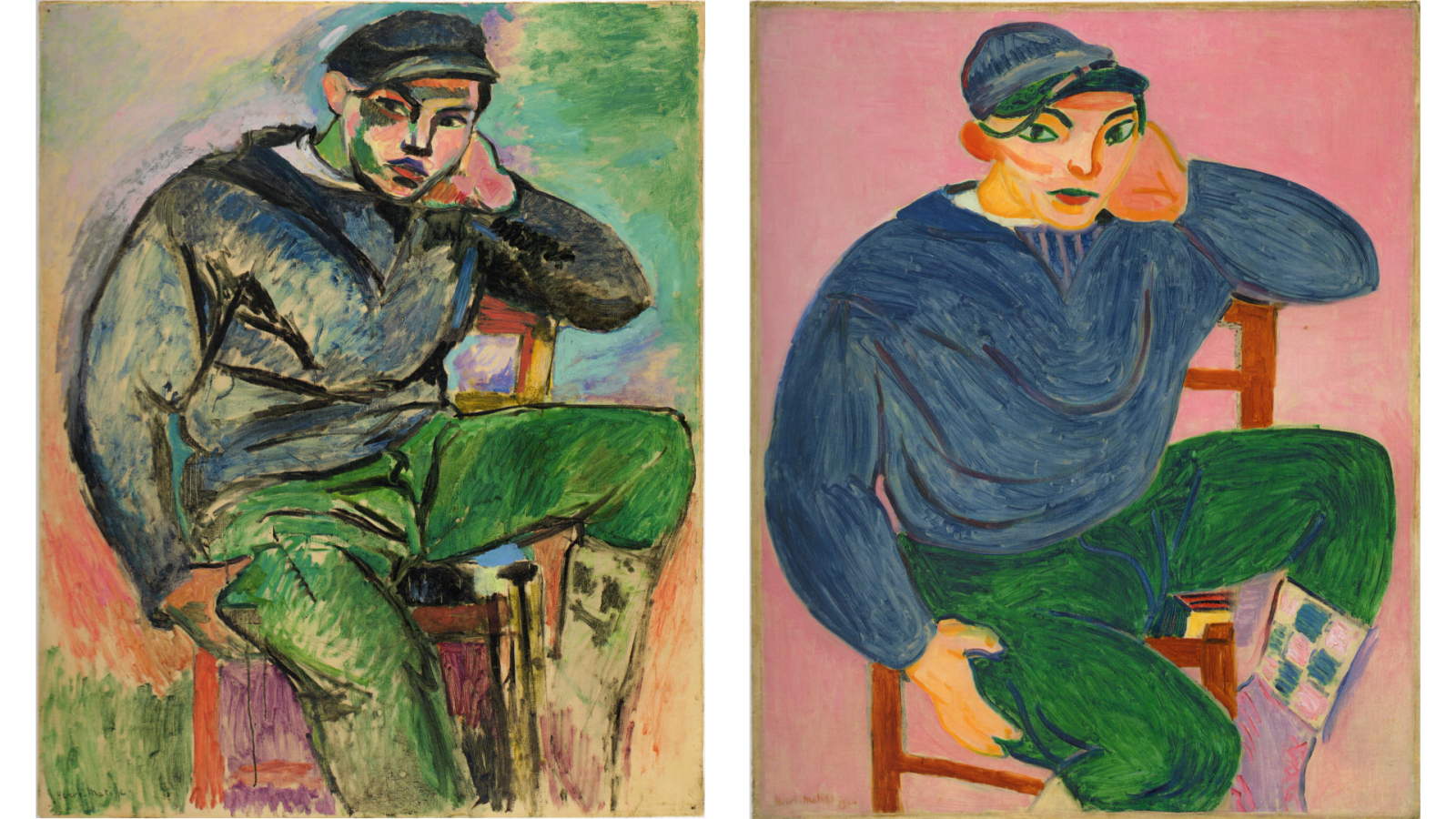 I was going through old E-mails when I came across a correspondence I wrote to some friends awhile ago. Those of you reading this may be wondering, “what does Matisse have to do with trading?”

Investors and traders are creatives. Experienced market players will acknowledge this, but to those who are just breaking in you may not realize it. After all, finance is fraught with imagery of old men in suits, but if you were to stop any long-time trader in a hedge fund, you would find varied interests and a more holistic view of life.

A trader or investor’s job is to find ideas the rest of the world hasn’t. By that very nature, they have to be creative and you see prominent trading psychologists, like Brett Steenbarger, who help traders with idea generation.

A second important fact of traders is the concept that we must focus on process vs. outcome. This is something I learned from Brett, and you can find a great PDF read on the topic here: Process vs. Outcome in Sports, Business, and Economics

The top traders in the world may only be right 55-60% of the time. If we were to try and keep track of that in our heads, it would probably feel no different than a coin flip. Actually, it would feel far worse because our psychological biases make us assign a higher probability to events that are stronger in memory. You can see this with the number of people who may buy insurance after an outlier event like a hurricane that may not happen frequently. Even if the odds of a same hurricane of that magnitude are exactly the same, people will assign a higher liklihood of that happening because it is stronger in memory.

A great book, which we will get to in a moment with Matisse, that goes into our psychological biases with data analysis was made public domain by the CIA. The founder of the former fund I used to trade at called it one of the best books he ever read on markets: Psychology of Intelligence Analysis

And the final thing touched upon in the E-mail that relates to markets is: how much information is too much information? Those of you may have heard of Nate Silver, who writes the 538 Blog. Another person who has been in this realm for a long time is Philip Tetlock who specializes in forecasting. His most recent book is out (haven’t read it yet, but his previous one was fanstic) which is getting rave reviews: Superforecasting: The Art and Science of Prediction

Basically he has found that experts suck at prediction, and sometimes too much information actually leads to worse prediction. This is something. Psych. of Intel. Analysis touches upon as well.

So with that preface, I will copy and paste the E-mail I wrote below. Enjoy 🙂

I thought back to our conversation over the weekend about Matisse. I wanted to crystallize what it was about him that I most enjoyed. Here are some thoughts from my notebook:

Matisse was a man who followed the process and didn’t necessarily seem to view the process as a struggle but as a means to achieving the product he wanted. He would attempt to reduce items to their most simple form and reduce complexity and detail to evoke the same emotional arousal. He worked iteratively and hired a photographer to document his process once the technology was there. It becomes apparent that his work started with many details and much complexity, and the later revisions would come back to capture the essence. His first successful attempt at this was in Young Sailor I and II.

Young Sailor I and II have to have been my most favorite pieces I have seen of Matisse to date. I think part of it is how he captured the very essence and process of memory storage:
Sensory Image Storage -> Short-term memory -> Long-term memory (recap https://www.cia.gov/library/center-for-the-study-of-intelligence/csi-publications/books-and-monographs/psychology-of-intelligence-analysis/PsychofIntelNew.pdf on page 18-19). I haven’t found commentary yet that makes note of this. What is so Matisse about this is that he captures the process of memory storage, while trying to actually evoke memory and feeling! He started documenting the process before he knew he was documenting a process about recreating an emotion. It’s so meta and hipster – he belongs in williamsburg.

Young Sailor I contains all the fine details of an actual image of a young sailor that looks a lil’ bit angsty. The second iteration he comes back to his mental image of the the young sailor… but this time he is a little boyish figure with a big smile and child-like features (Young Sailor II). The difference in brush strokes subconsciously makes clear the Young Sailor II is a mental image and also lighter and softer in features. A common experience was how the 6th graders looked so large as a 3rd grader; but, looking back I realize how little they were themselves. To any parent, even the meanest 6th grader was an angel.

It was the process of Sailor I and II and the idea of capturing an essence rather than all the fine details that sticks to me about this painting. These ideas also travel over into statistics and psychological biases where it’s been shown added information can only help predictive edge so a certain degree before it actually hurts. Sometimes knowing less about a topic lets you make a more correct decision (reading Tetlock right now about this …another source is  Psychology of Intelligence Analysis).

And to add on top of all of this…Matisse was embarrassed of Young Sailor II and originally told everyone that someone else did it to avoid embarrassment. Young Matisse was human. Even he didn’t think it would be received well.